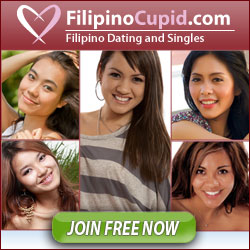 If you read the current news in the Philippines, you know about a 19 year old US Marine being a suspect in the murder of a 26 year old transgender in Olongapo City. This incident has become highly politically charged in the Philippines, fueled by activists, leftists, militants and those who are anti-American.

Olongapo City was known as Sin City for many years but when Richard Gordon was elected Mayor in 1980, Olongapo became a highly urbanized city within 3 years. Before Richard Gordoen was replaced as Mayor in 1986 by then President Cory Aquino, once she assumed office and reorganized all political official in place under Marcos, Olongapo was a Model City in the Philippines. Richard Gordon has not been Mayor of Olongapo City for over 20 years and the old Sin City is back!

Olongapo City is unofficially known as the Transgender Capital of the Philippines! Guys, beware! I have personally seen transgenders in Bacolod City who are very beautiful and you would not know they are men when you see them. I can only imagine all the beauties in Olongapo City. Men and women have the right to dress as they wish, look as they wish and engage in sexual activity according to their orientation, as long as consensual from both parties. That is where the line is being crossed! Any transgender pretending to be a women to gain sex, including paid sex, is violating the rights of others. In my opinion, it is a form of rape! They should be upfront and honest, stating that they are indeed transgender. Otherwise, you can throw out the consensual part unless the other partner knows the other is transgender and consents to this type of activity. I will agree that some guys want to meet and have a relationship with a transgender exclusively but many others are looking for a real woman.

Since the murder of the 26 year old transgender occurred in early October, the transgender life and the life of sex workers in Olongapo City and in other places around the Philippines has come to light in much more focus. In a recent interview, one transgender, whose identity was disguised, related how many prostitutes, including transgenders, work as a team. One takes their pickup to a motel and showers with him while the other member of the team steals everything left in the bedroom. When the client comes out of the shower and discovers what has happened, he is usually no longer “in the mood!”

This scam is not only the MO of transgenders but also the MO of many other sex workers.

Some guys want to take their pickup to a nice hotel and not to a cheap motel but there is PLAN B for that as well. In most cities, a number of taxi drivers are involved in the sex worker's trade. I can tell you now that all taxi drivers are not nice and law abiding citizens! Some work with hold up gangs. They drive their passengers to where the hold up gang is in wait to rob the passenger. Yes, they are armed and dangerous. So, the sex worker agrees to a nice hotel and acts excited. She/he hails the prearranged taxi and they are robbed along the way. Once again, the pickup is often no longer “in the mood.”

There are many other scams in the Philippines and around the world and many sex workers are pros. They often have partners in crime and the guys will lose most every time.

It is bad enough being robbed of your money and credit cards while in another country but there are even worse things that can happen to you if you want to hang around sex workers!

A prearranged raid with law enforcement can go down and the shakedown is on! Pay or go to jail! Or it could be a legitimate law enforcement raid and there you are. If the sex worker has a fake ID and is underage, this is not an acceptable defense in the Philippines. You are with an underage sex worker and now you are in deep doo doo! Welcome to the Ped-Files World, as you are now a branded man for life.

Ever heard of Blackmail and Extortion? These are two weapons used by sex workers. The big thing in the Philippines nowadays is taking a video of having sex and it is often done secretly. These are criminals you see, so they are not going to warn you in advance, “Oh, I am videoing what we are going to do” are words you will never hear. Once the video goes viral, your life could very well be ruined! “Want to buy the video?” Yes, you will hear these words and maybe again and again! More than one copy.

You can also become a murder victim or a victim of extreme injury from a beating. Is it worth the risk? You decide!

However, I am using this incident to let everyone know the dangers in partying with sex workers. Many sex workers have connections with syndicates and hard core criminals. If you still want to play, Welcome to Their World! A set up? Even if the US Marine is the foreigner seen in the motel room with the transgender, who was murdered, it still does not mean that he murdered him. The victim was known for carrying P20-P25,000 cash on his person at all times, according to the news. Anyone could have set the Marine up by murdering and robbing the victim, and now the Marine is being blamed. There wasn't any money found on the murder victim, so where did the money go?

There is so much fun in the Philippines! There are many beautiful respectable women in the Philippines, who are willing to meet you and develop a real and meaningful relationship of love. There is no need to hang out with sex workers and put your life, finances and reputation in danger.

On The Road With Gary

You can drive all the way from Luzon to Mindanao, although I have never tried it and never plan to!...