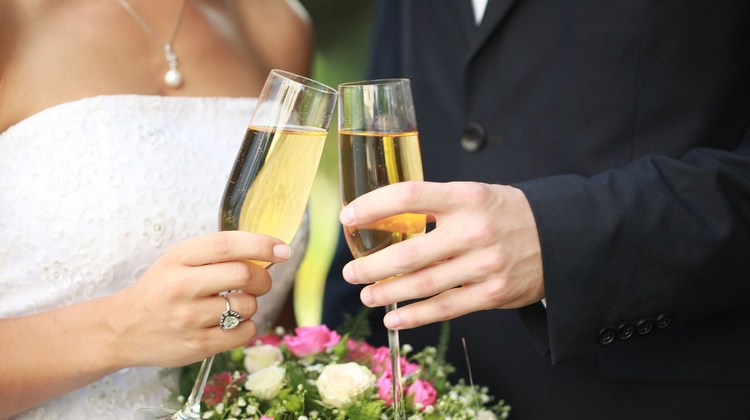 Last year I got married to my beautiful wife, K.

I'm from Ireland, and she's from The Philippines. We're both in our early thirties, and we love each other dearly.

But boy are there some questions I wish I'd asked and some things I wish we'd talked about before we tied the knot!

Don't get me wrong, I have absolutely zero regrets and I would do it all again in a heartbeat, but trust me, if you're going to marry outside your own culture, you'd best straighten these things out, because they will come up later, and then you will stare at each other like alien creatures with several foreheads and wonder what the issue is and why the other person doesn't understand your perspective.

Talk these things out before they become an issue. Then make the decision based on what's best for both of you.

Coming from the Western world, I was accustomed to thinking that helping out by washing dishes after dinner and doing a bit of housework would make my wife happy. You can imagine my confusion when she got angry at me and frustrated by the fact that I was ‘in the way' and ‘not doing it correctly'.

Yes, that's right, I was being chastised for doing what I thought my wife wanted and what I'd heard my mother and sister wish their husbands would do for them at home. It turns out that in my wife's culture a man doing housework is unacceptable, and he is expected to do no more than a few things in a marriage: provide, protect, entertain and advise.

I took the opportunity to never have to do housework again with open arms, but I advise anyone entering a marriage with a Filipino spouse to have a serious chat about what is expected from both parties. Never assume that what flies in your country flies here. That's rule number 1 on the list.

Ask: What is a man expected to do in a marriage? What is a woman expected to do? What happens if you violate the rules or fail to live up to them? Yes, you've got to ask these things you would take for granted by marrying in your own culture.

Again, coming from the West we learn to be reasonably independent from a young age. We are given choices, advised, and generally told to make it on our own after we leave for college or enter the workforce. What then happens when we start our own families is largely our own business.

Not so in The Philippines.

I quickly discovered that my wife's family expect to be informed of, involved in, and party to virtually every decision we make of any consequence. This deeply frustrated me to begin with, and I admit on a few occasions I wanted to tell them to go and leave us alone.

I'm thankful I didn't, because the perspective they provide and the different way of seeing things and how they should be done is invaluable and extremely enriching. I personally value gathering different perspectives and analyzing things from multiple angles before deciding on something, but for those who would interpret this as interference or an encroachment on territory, this could cause serious problems in a marriage.

Another shock I got was that when we got married my brother-in-law moved in with us right away. I was gobsmacked and astounded, and I admit a little miffed. I interpreted this as my wife not wanting to spend time with me alone, whereas my wife intended it as someone to help us out with the stressful times ahead with a new baby on the way and me not having a clue where I was or how to even order a sandwich in the local language nor being able or willing to drive on the insane roads here.

As it turns out this move has been immensely helpful, but it could have blown up in the first weeks and months, and if you're going to be living in your spouse's country, it's best to check what the family set up and living arrangements are, and again, never assume it will be the same as home or that the gestures mean what you think they do. This equally applies if you're husband or wife moves to your country.

Ask: Will you live together without others? If not, who will live with you? Will you be expected to help out with the extended family? In what ways? Will your parents in law live with you as they age? These are all things worth checking and talking about because we can have vastly different expectations in regard to family life and how it should unfold.

This can be a very entertaining thing, but it can also be annoying and can put stress on you both. Whereas we in the Western world we tend to question authority and ‘just because you're older doesn't mean you're smarter', in The Philippines questioning an elder in the family is an unforgivable sin and you'll be seen as an ignoramus if you do it.

This is something you will need to suss out for yourself. Be aware of it going in if possible, and try your best to accommodate it without sacrificing your own values and individuality. It's a tightrope walk at times, but it has to be done for your loved one and you would expect the same in return.

If you're going to live here, then do as the locals do, but it certainly helps to know what that is to begin with!

Yes, you knew it was coming, and it is one of the most important factors of all. Money is one of the leading causes of divorce everywhere and before you enter into a legal agreement with someone whereby you will be sharing financial assets for the rest of your life, you need to straighten out expectations and boundaries with the green stuff (it might be yellow, blue or even purple in The Philippines).

In some countries it is customary for both spouses to work and make a financial contribution throughout their lives, whereas in others it is much more the norm for the wife to stop working when there are small children in the equation, for a much longer period of time than you might be accustomed to in your home country.

Likewise, in some countries a spouse will be very understanding if her husband or his wife can not provide temporarily, whereas in others you will be expected to do whatever it takes, right down to leaving the country and working somewhere else where you will not see your children for extended periods of time, to put the bacon on the table.

You'd better talk this out up front. I lost my job once and my wife nonchalantly suggested I go and work in Ireland while she stayed here. I almost exploded at the thought that she found it acceptable for me to be apart from my son as he grew up, until I paused and realized that here in The Philippines there is a massive culture of overseas foreign workers, and while not quite the norm, it is both common and acceptable to have one spouse working in another country and sending back the finances to support their family. Again, those assumptions will get you!

You won't realize this until you have children together, but even if you've been expatriated abroad for close to a decade like myself, the intensity with which you miss your family and friends back home is probably going to increase when you have kids.

If you live in The Philippines and are close with your family at home, it's going to be hard for you when you see your little one bond with and have experiences with his or her family. Yes, it's wonderful, but you're also going to think about your loved ones back home and how they're missing out.

You might even begin to feel guilty or sad about this.

You need to figure out where you're going to spend your time and how to divide it up. This, of course, is going to cause a lot of distress to your spouse's family if you decide to spend several months at home since you'll be yanking a key feature of their lives away from them for a while. You need to find ways to communicate your intentions and make sure both your spouses family and your family understand the rules of what's going to happen going forward and how everyone can be part of the kids lives.

There are real practical elements to consider here, as well as people's feelings. How much will all this travel cost? Who will foot the bill? How will this affect your budget and financial plans for the future? Can anyone help out if they have expectations or demands and expect you to meet them? Ask these things now, and you'll be thankful you did later.

A cross-cultural marriage is one of the most challenging, yet rewarding, escapades you will ever endeavor upon. You will be tested to your absolute limits, learn something new every day, and ultimately go to sleep at night probably more confused and mystified than you were the day before.

Yet, you will be richer in experience, wiser, and altogether better off for it. While the challenges are many, the rewards are equally great!

I hope this has been a helpful guide to cross-cultural marriage in The Philippines. It's only the tip of the iceberg, and there's a lot more to it than the above, but these are the basics and it's best to get them out there in the open from day one.

My kitchen differs from my wife's kitchen due to the diversity of the cuisine, which is prepared. However, I am...