I was recently talking to a friend in the UK who was considering retiring to the Philippines. I mentioned that I had lived there for a while and intended to retire in the Philippines in the future. However, he confided in me that he had one nagging doubt – he loved to gamble online almost every day, but he had heard that it was illegal in the Philippines.

I knew from experience that this couldn’t possibly be true, and my time running Gamblerspro.com told me there were many Filipinos searching for online gambling sites. What I found is that my expat friend was indeed incorrect. Gambling is legal in all forms in the Philippines, but that the reason for his confusion was several pointed statements made fairly recently by President Duterte.

So, what’s the deal with gambling in the Philippines? Is it legal? Is it safe? I’ll share what I found out here.

A Quick History of Gambling in the Philippines

When I first moved to the Philippines, one of the first things I noticed was the prevalence of gambling in the culture. Since I come from a part of the world where gambling is taboo, I was mildly shocked by how many casinos I encountered, how many people I saw wagering small sums of cash and cigarettes on card games and Mahjong, and by just how much cash changed hands at local cockfights.

It turns out that gambling has a long history in the Philippines. Antonio Pigafetta, who visited the Philippines with Ferdinand Magellan in the 16th century, made reference to how fond Filipinos are of gambling in his diaries. So, gambling goes back a long way on the archipelago.

Although the Spanish tried to stamp it out, even calling it a “consuming cancer” they clearly did not succeed, and gambling is alive and well in the Philippines today.

Yet, in recent times, President Duterte has taken a hardline stance on illegal online gambling operators. This was the source of my friend's confusion. He mistakenly believed that Duterte had declared online gambling illegal, but as you’ll soon see, that’s not the case. 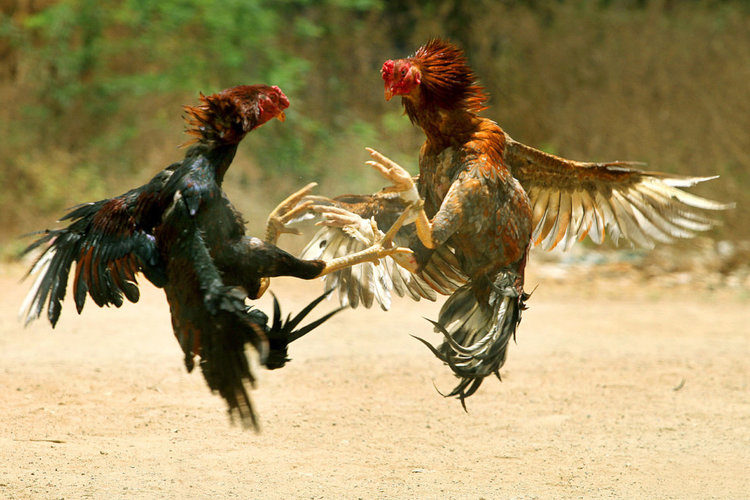 Is Gambling Legal in the Philippines?

All forms of gambling are legal and regulated in the Philippines. This includes casino games, sports betting, poker, and lotteries.

However, in order to operate a legal gambling enterprise, a license must be obtained from the appropriate government department.

So, which department is in charge? That depends on what sort of operation it is.

The above forms of gambling are all legal and regulated. Profits derived from them are spent on national development and welfare programs.

Several games of chance exist in the underground gambling market in the Philippines, including Jueteng, Masiao, and Last Two. These are numbers games which are played on the street all across the country. You won’t find them in legit casinos, though.

Online Gambling In the Philippines

So, it’s clear that most forms of gambling in the Philippines are legal with the exception of a few games. Why then had my friend thought otherwise?

It turns out that President Duterte has made a few flamboyant statements about gambling in the Philippines. He has stated that he would “suppress” the online gambling industry and, a statement translated from Tagalog to English he stated that:

“To hell with the contract [held by locally licensed operators], I told you I do not want gambling, period.”

While an outright ban has not happened, a major crackdown on illegal online gambling operators has, and several arrests and deportations have occurred.

Perhaps Duterte has realized that it’s better to effectively tax the many Philippines Overseas Gambling Operators (POGOs) rather than chase them out of the country? Since they contributed P3.13 billion to the national coffers in 2017, that’s probably a wise move. In conclusion, all forms of gambling are alive and well in the Philippines. Gambling generates vast sums of money in the economy, and one only has to visit any large or medium-sized city in the country to find a Casino Filipino or one of its rivals.

Online gambling is also legal. Despite Duterte’s threats to squash it, it’s thriving, and expats and locals alike can play casino games, bet on sports, and enjoy poker tournaments without fear of punishment.

Just don’t try to stream a live roulette game from your webcam without a POGO license. And to my friend, when you read this, go ahead and retire in the Philippines – you’ll love it, and nobody will jail you for playing cards or betting on the horses!

One of the questions expats ponder and ask others about is, "What will I do in the Philippines other than...