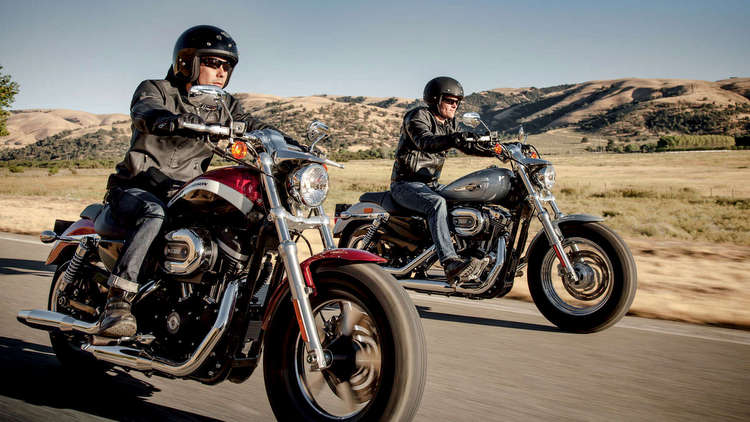 I personally know many expats in the Philippines who love motorcycles. To a number of expats, riding a motorcycle is their lifestyle, while others enjoy having cheap transportation at their disposal. My dad, in Alabama, owned an Indian motorcycle but he would never allow my brother or I to own a motorcycle or to even ride on one. He thought they were too dangerous for anyone learning how to drive a motorcycle for the first time. He said when he first learned how to safely handle a motorcycle, times were different. The traffic was much less and was slower moving back in the late 1930s. He certainly had a valid point.

A number of our Filipino friends own a motorcycle. To be honest, most do not obey the local helmet law. Some say the motorcycle helmet is too hot and others say it actually obstructs their field of vision. Who knew?

A Casket On Wheels

I hate to even recall how many of our family members, friends and their family members have been killed or seriously injured while riding a motorcycle. One of my brothers-in-law could not walk properly for almost 2 years due to a motorcycle injury. He is still riding, regardless.

I am not a homebody. I enjoy going out and driving every week but I drive an Isuzu Crosswind XUV. No motorcycle for me. I can tell you, hardly a day goes by when I am out driving that I have not seen the results of a motorcycle accident in Bacolod City. Thank God, I never had to look at dead bodies in the middle of the road but I have seen a number of flattened and mangled motorcycles in the road. They weren't victims of love.

“But, I'm a safe and responsible driver.” I am sure you are, however, it is the other guy on the roads, streets and highways you have to worry about. Some of the bus drivers will run over you, if you get in their way, and keep on truckin'. Sorry to say that but it is true.

Now that we have gotten the negatives out of the way, time to move on.

Just yesterday, I had a lively and nice conversation with 2 young Filipino salesmen at SM Mall. They had an exhibit set up inside the mall promoting KTM Motorcycles. Wow! such sporty looking motors. KTM are not your Chinese Harley knockoffs but are actually made in India at the Bajaj factory and the company are based in Austria. They are certainly not cheap but I think they are good quality motorcycles. Price starts at P404,000. Their basic finance plan is P78,000 down and P12,222 per month. I did not ask how many months. I am not interested in a motorcycle.

One of my brothers-in-law is a farmer but he has long operated his own trike, which is a common form of transportation in the Philippines. It is a motorcycle with a sidecar and often a back car attached to hold more passengers. He thinks Kawasaki is the best motorcycle for his business and he owns 2 of them. According to him, there are rarely any mechanical problems but he indeed takes excellent care of his Kawasaki, both of them.

If you stick to any of the Japanese branded motorcycles in the Philippines, I don't think you will go wrong.

The dad of one of our son's classmates is from a European country and he owns a beautiful Triumph motorcycle, complete with leather saddlebags. A new one can cost you P1 million. Triumph is world class in my opinion.

Harleys are here. Yes, you can buy a Harley in the Philippines. I never priced one but get ready to pay out some money if you do buy one.

There you have it. If you buy a scooter or a motorcycle, please be aware of the dangers of them in the Philippines, same as anywhere in the world. We hope to keep you here as long as possible.

Where The Buffalo Roam